May 13, 2019
Liverpool has once again failed to win the Premier League title, although it managed to accumulate 97 points this season.

The English team has not yet managed to win the English league title, passing 29 years since the last time they won it.

Liverpool defeated Wolverhampton Wanderers in the 38th and last round of the Premier League, with a 2-0 result at Anfield Road.

Goal in the match was scored by Sadio Mane in the 17th and 82th minute, but Manchester City on the other hand beat Brighton 4-1 to win the title for the second time and the sixth in the history Theirs.

Although lacking the fate in the Premier League, 'The Reds' will have the opportunity to close the season with a big trophy, that of the Champions League.

Liverpool will face on June 1 with Tottenham at Atletico Madrid's Wanda Metropolitano Stadium to measure the forces in the final for the biggest club trophy in the old continent. 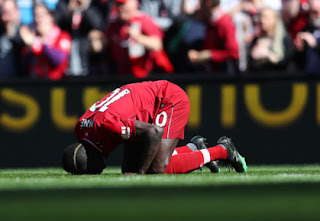