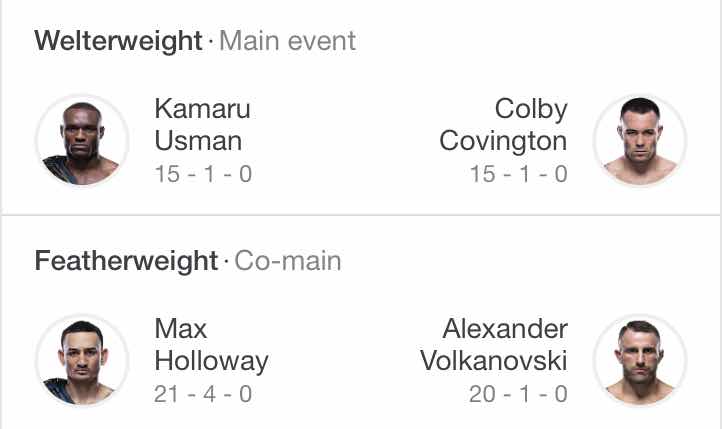 The last numbered event of the UFC aims to be one of the best of the year.  And is that the metal cage will witness thirteen incredible fights.  In three of them there will be titles at stake: the wélter, the feather and the women's rooster.

We are talking about UFC 245, which will take place this Saturday, December 14 at the T-Mobile Arena, in Las Vegas, in Nevada.

The stellar match of the evening will be between welterweight champion Kamaru Usman against Colby Covington.  The Nigerian has fifteen victories and has not lost since 2013 (his only defeat), so it will be difficult to take away his invitation and the title.

However, Covington comes to this duel with a good run of consecutive victories.  Since 2015, no one has been able to beat him and he already has seven straight wins, the last five by unanimous decision.

On the other hand, Max Holloway will be in the co-star and must protect his featherweight belt before Alexander Volkanovski.  Meanwhile, Amanda Nunes will seek to steal the show in her fight against Germaine de Randamie.  The ‘Leona’ will have to defend his bantamweight title and hopes to win, for the fourth time in a row, with a knockout.