Only having to welcome weak opponents Bulgaria in the next 6th match will be a good opportunity for the Irish players to win their first battle in the UEFA Nations League.

In the last Euro 2020 qualifiers, Ireland did not really succeed when only finishing third. However, they were in the group stage with 2 quite strong representatives, Switzerland and Denmark. In the Play-off match, coach Stephen Kenny's army lost to Sovakia, this result made their chances of playing in the Euro finals disappear.
Ireland's recent performance is still very blurred, in 5 matches played in the UEFA Nations League they cannot win even 1 victory, the best achievement is 2 draws. Although the defense is not playing badly, the ability to take advantage of the opportunity is extremely poor. Indeed, the Irish players have only conceded 4 times in 5 matches already, but attackers have only scored 1 goal. In fact, this is not too difficult to understand when they own a few quality names in the downline like Kevin Long or Matthew Doherty. 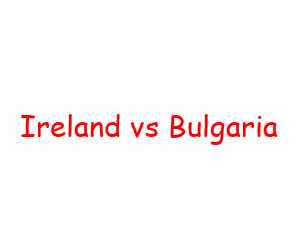