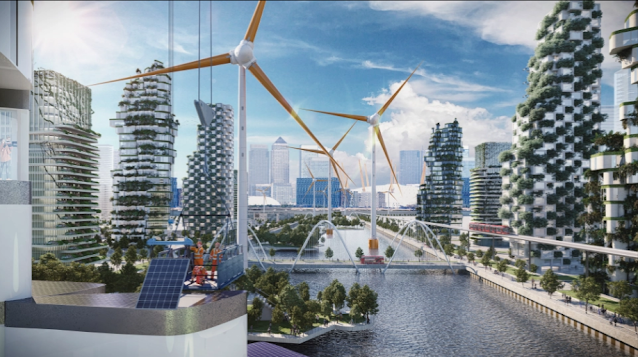 As the world continues its effort to tackle climate change, cities will change beyond recognition, according to an expert.

In a series of images published Tuesday, Lancaster University scientist Serena Pollastri described the predictions for the future of Britain's major cities, including the removal of all cars from our roads by 2100. 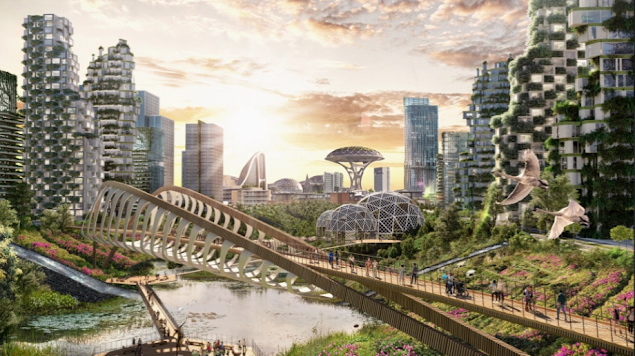 Rain-absorbing skyscrapers and "living" green buildings will also sprout across the nation, according to the artist.

The images show a futuristic skyline of London, Manchester and Birmingham and were made with the help of ice cream maker Ben and Jerry’s.

Pollastri, co-author of the UK Government’s Future Cities Project, tried to imagine what Britain would look like within the next 80 years if Westminster acted now to combat climate change.

"We know it is not only possible but necessary to seriously re-evaluate what future we want and how to build it," she said.

"We have to do this given the immediate and far-reaching effects of climate change."

Green and accessible transportation will replace most cars and send workers to their jobs.

Roads and car parks will be transformed into a network of green corridors connecting urban parks with forests, while solar panels will adorn any roof. 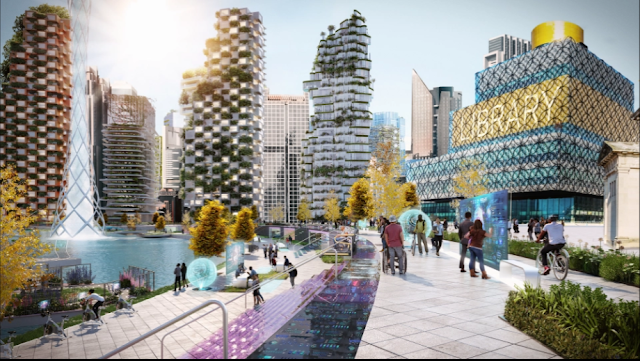